Jump to Recipe Print Recipe
A well known fact, a cliche to be precise, that Indians love their rice. Cooking rice, especially in a pressure cooker, is an everyday affair. It is almost like a sacred ritual, the very first thing that you do once you enter the kitchen is to wash and soak the rice. Many of us would have had the pleasure of getting up to the whistle of the cooker rather than an alarm. Oh! It is sensational to see those beautiful white pearls and inhale the warm aroma of the steam that comes out as soon as it is cooked. Spanning across the entire nation we have so many of rice varieties. Among them two of the rice dish surpass the rest holding a special place in the Indian cuisine. One is the Mughal special Biriyani and the other is Pulao | Pilaf. 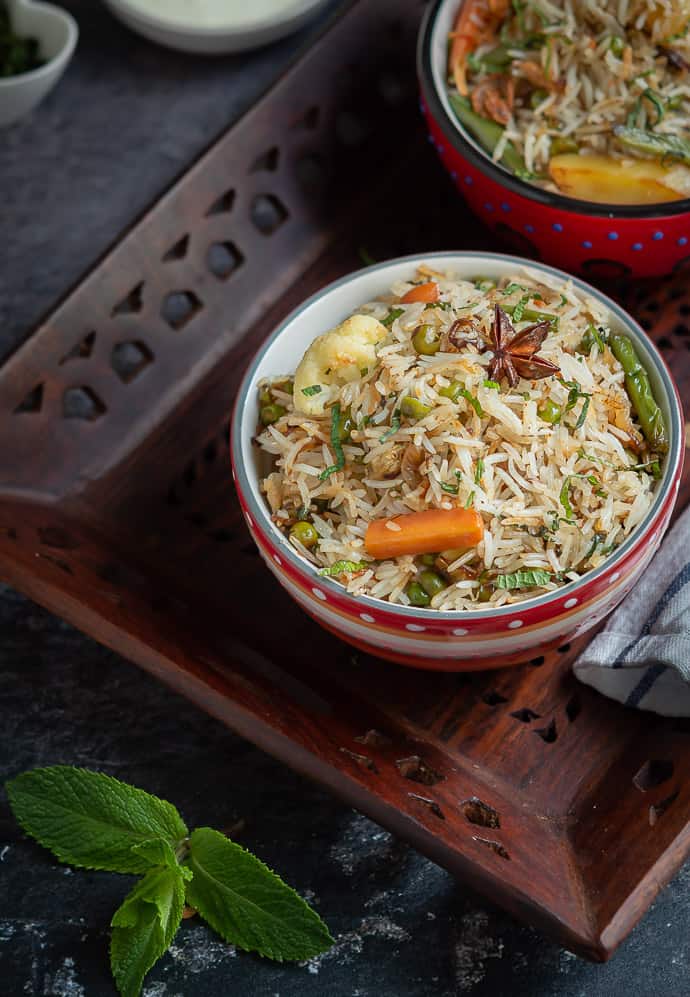 Pulao is not as cumbersome as Briyani. This is one of the quick recipe you can resort to when you are pressed for time. As expected, it is very difficult to trace its authentic roots. According to wiki, there are three references to this dish. It is believed that it existed during the Alexander period and his army brought it back and spread it through out Greece. Also it is mentioned in Mahabharatha, the Indian epic, in which the rice and meat was cooked together and called as "Pallao". But the proper method and preparation was properly documented and there on it became a standard fare in the middle east and thereby reached us.
Generally Pilaf is made with Meat and rice. The speciality of pilaf that differentiates it from a Biriyani is that the rice and meat or veggies are cooked together in the liquid. A one pot meal in its true sense. But nowadays, many (including me) for the sake of convenience and appearance, cook the rice and veggies separately and then mix it. Also there is no heavy masala mix added except for the whole garam masala. This is mildly flavoured rice without use of strong spice mixes. Hence the rice is usually paired with some gravy on the side just like I served this with Peas Potato Kurma for this weeks BM. 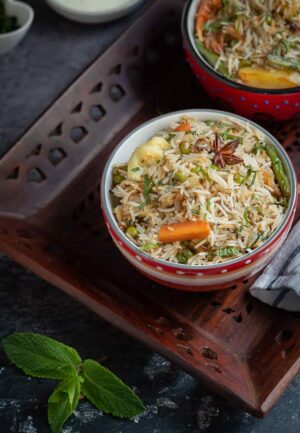 Veggies like carrot, beans, potato and cauliflower can be added. Its your choice. Mint leaves gives a warm taste to the pulav. You can add this to all pulav types. Soaking the rice helps in cooking it faster. Also some rice qualities tend to retain water at the bottom of the vessel while cooking in a pressure cooker. Soaking prevents retaining water at the bottom of the vessel when cooked in a pressure cooker. To avoid this, soak it before you cook. For normal everyday cooking, soak it for 10 minutes. Covering will ensure in retaining the flavour and it will be fully absorbed by the rice.