A mild gravy made with churned buttermilk and coconut and subtly seasoned with ground cumin, ginger and green chillies. While the Tamils call this as Mor Kuzhambu, Keralites say puliseri, telugites call this majjiga pulusu and for Kannadigas, it is majjige huli. Ingredients and method of preparation for all of the above are almost alike with only slight variations.

It is quite common to make dishes with Curd/yoghurt/buttermilk throughout India. The traditional South Indian Mor Kuzhambu is an equivalent of the famous Indian ’Kadhi’ prepared in the remainder of the Indian states. While both are yoghurt based, the main difference is the thickener used in the gravy. The former is made of gram flour while the latter is made of coconut. As south India is close to the tropics, coconut is is extensively used in the cooking.

Another favourite of the Southerners is avial which has similar ingredients like mor Kuzhambu but is thicker in consistency and has a lot of veggies in it. It is mostly used as a side dish like poriyal, whereas mor Kuzhambu is mixed with rice and had as a main dish. Other dishes that have the same coconut and curd combination are mor kootu and mor sambhar.

The origin of mor kuzhambu remains unknown but one can safely assume that this might have happened out of necessity. For all intent and purposes, it is one of the best ways to use up the not-so-fresh surplus curd before it completely goes stale.

Any kuzhambu variety will have some chunks of vegetables in it. We call it is as 'thaan'. Any vegetable used in kuzhambu varieties are known as Thaan in some Tamil homes. 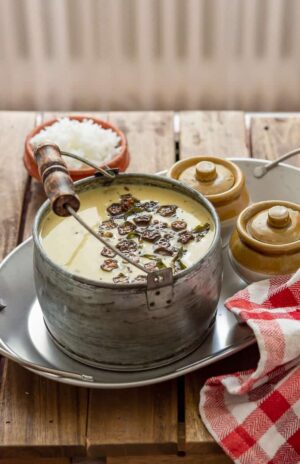 Mor kuzhambu is a traditional South Indian yoghurt-coconut based curry. Simple, light and refreshing curry that is served with steaming white rice.