This is yet another interesting recipe from the Rainbow nation. This dish bears a striking resemblance to our dear Pav Bhaji, in terms of how this was created. As I have mentioned in my earlier post, there has been a large settlement of Indians in South Africa due to the colonization of European powers. This eventually led to including Indian flavours in the local cuisine. There are many interesting narratives as to how this dish has evolved. One of which is, the Indian settlers, in the Durban community, known as Banias worked in the sugar cane plantations and as an economical way to carry their lunch, these people hollowed out bread loafs and carried their curry. During the great depression in the 1940's, this became more popular as a street food, as the common man found this to be inexpensive and efficient. 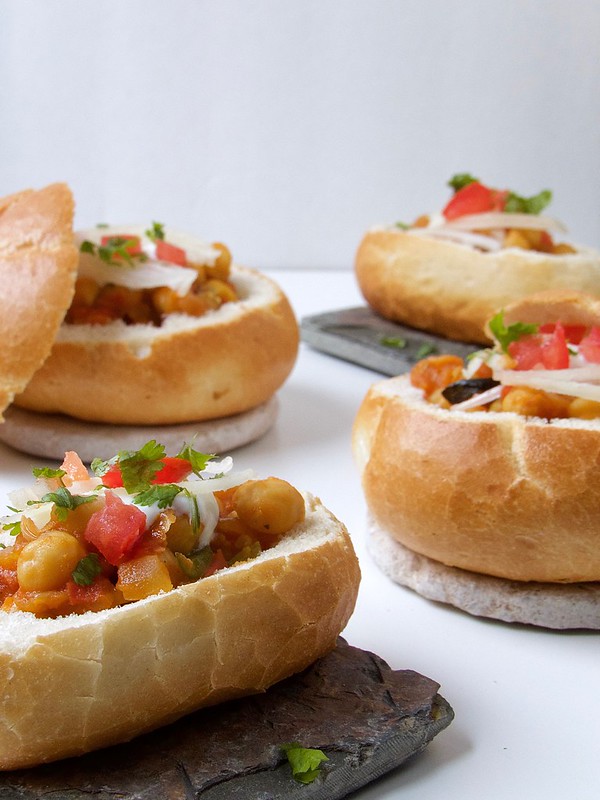 As to the etymology of the name, Bunny is emanated from the word "Banias", a particular Indian community who used to sell/make this dish. But no one is sure of how the word "chow" came to be associated with this recipe. 😉 Now, this dish has gained so much popularity, that it has become the local's most favourite. Even though this is made with lamb or meat or beef, the earliest creations were mainly with the mix of veggies. This is very similar to the Indian onion tomato curry preparation. You can add carrots, potatoes. chickpeas or a mix of everything. 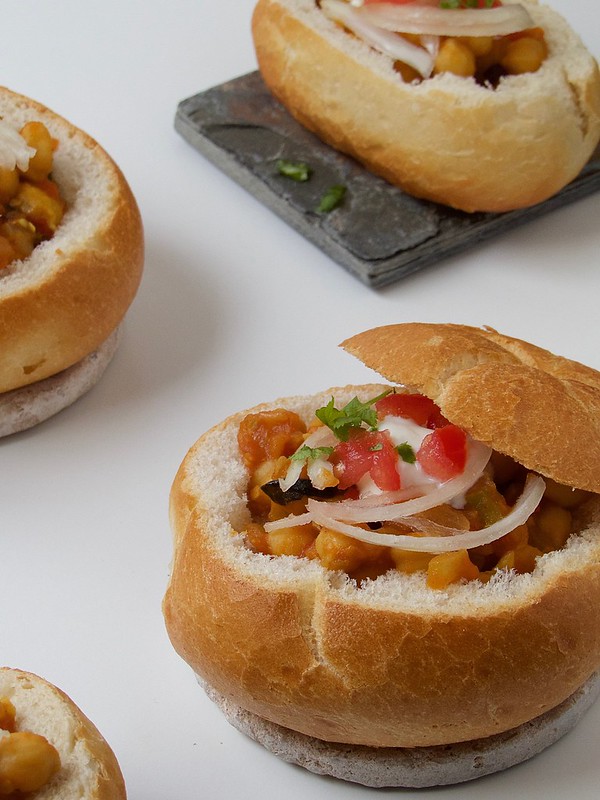